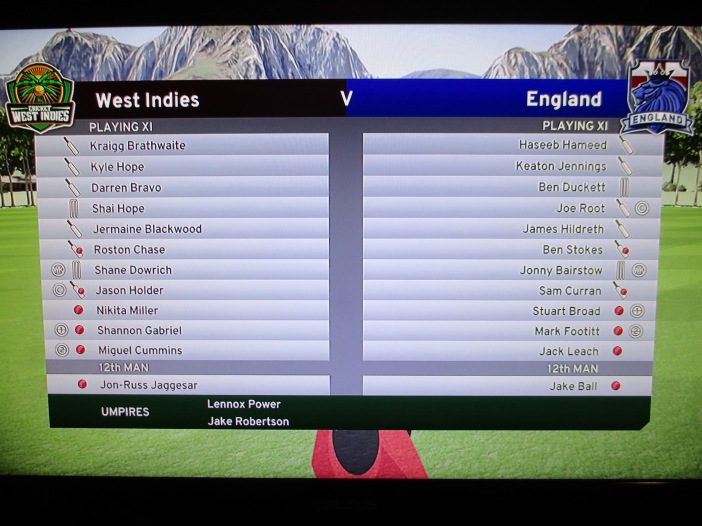 Hi, my name is Stereo Mike.

Yeah, we got three tickets to the Bran Van concert…

After putting in a vastly improved performance against Kenya, the team headed to Los Angeles full of hope to take on West Indies. Ben Stokes and Mark Footitt were recalled at the expense of Ollie Rayner and James Anderson. Ben Duckett was provided one last chance to prove himself as a Test cricketer.

… happening this monday night at the Pacific Palisades. 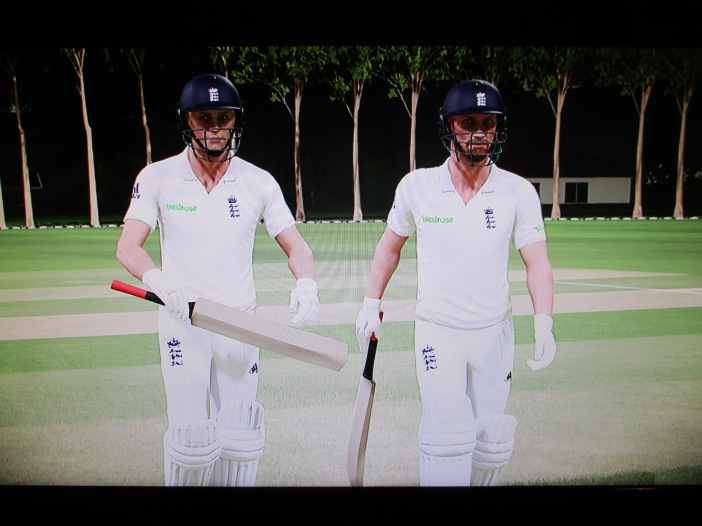 Despite the early losses of opening batsmen Haseeb Hameed (2) and Keaton Jennings (9), Duckett (40) and captain Joe Root (27) resisted. Duckett finally displayed the temperament required for Test match cricket but like James Hildreth (33) he could only assist a delivery from spinner Nikita Miller onto his stumps. Our total of 249 summed up the fact that nearly all our batsmen got starts but nobody reached 50. Sam Curran (Pictured above left) was frustratingly left 34 not out after Jack Leach (Pictured above right) was run out.

Give us a ring-ding-ding. It’s a beautiful day.

Needing to make inroads into the West Indies batting line-up late on day one, Sam Curran took a caught and bowled chance off debutant Kyle Hope after the ball ballooned into the air off the face of the bat. Outrageously, the decision was not given by the umpire and Hope refused to walk. He promptly went on to make 172 on Test debut and put on a double century stand for the opening wicket with Kraigg Brathwaite (143). Only an obsession with nightwatchman helped us claim four wickets as the Windies declared on exactly 500. Of the ten bowlers that we used, just Stuart Broad (2-107) and Mark Footitt (2-111) were able to claim any wickets.

I got the fever for the flavour…

In our second innings we soon found ourselves in trouble at 27-3 but a stoic Keaton Jennings (Pictured above right) and a positive but not reckless James Hildreth (Pictured above left) put on 50 and battled through to lunch on day three.

… the payback will be later, still I need a fix.

With my mind on my money…

In the end we went down by an innings and 47 runs. Hope got his comeuppance when, despite his epic innings, he missed out on the Man of the Match award to teammate Miguel Cummins (Cummins hit an undefeated half-century as well as recording match figures of 7-139).

The application of our batsmen in occupying the crease for excess of 60 overs in our first innings and the fact that we actually managed to take a game well into day three should at least bode well for the future. Though it may be hard to believe, there were signs of improvement in the bowling department too!

What the hell am I doing drinking in L.A?