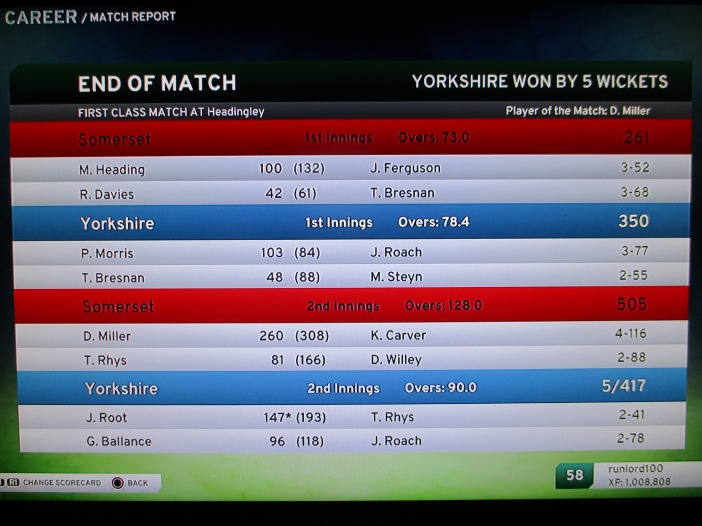 That’s right folks. I’ve finally achieved three figures in a First Class match and at Headingley too. Hopefully the England selectors have taken note. I did attempt to upload a couple of photos of me celebrating my century but had a bit of a copy and paste / trash disaster, so you’ll have to make do with the scorecard as evidence. Just take a look at this match as a whole too. We (Yorkshire) chased down 417 on a degrading fourth day pitch to claim victory. I only made 10 runs in our second innings but hung around with Joe Root (147 not out) for 42 minutes and my career best 103 in our first innings (More than double the next best score) was crucial in gaining us a first innings lead.

Poor David Miller. He scored 260 for Somerset and still ended up on the losing side! 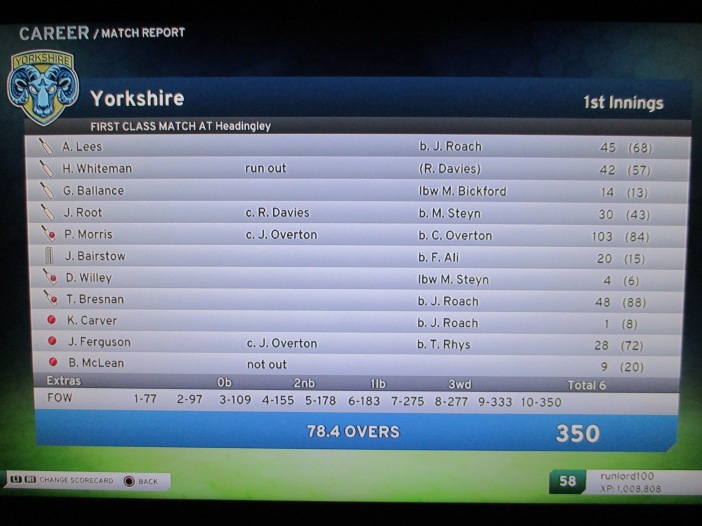 More first innings runs than Ballance, Root and Bairstow combined but the Overton combi eventually did for me.

Following the expression of some frustrations with the games developers, Big Ant in an earlier post, it does appear (Hope I’m not jinxing it!) that stats, going forward at least, are correct. It’s just that you need to start a new career from scratch if you want them spot on… and just for good measure current stats have been made worse!

I scored my maiden hundred with my sunglasses on too and even though I must be about a decade into my career, Peter Trego is still playing!