Start as we mean to go on! Yes that’s right, I ducked on debut but did make a stoic second innings four against the mighty Hull. Only by getting both my mind and fingers crossed between classic and standard buttons did I come unstuck. It’s the usual six local teams league structure but Career Mode now incorporates Three-Day, One-Day and T20 cricket making it impressively more immersive. I’ve signed up with Leeds and as well as Hull will enjoy days out to Bradford, Scarborough, Sheffield and York, flood defences provided!

Against Sheffield I responded by reaching 19 before both a change in the commentary box (Thanks Mel Jones!) and the introduction of spin, immediately combined to distract me and send shivers down my spine. I’d fallen against spin in both innings on debut and followed suit here too. Come the second innings and with the field up, I launched a huge straight six early in the piece. It was my first career maximum and I struck another the following day. The bowling attack encountered was a challenging mix of both pace and spin as well as right and left-arm.

I reached my maiden fifty, with a little help from my Kookaburra Ghost, at more than a run a ball. The sweep shot was particularly effective for me though in truth it often ended up being executed more like an out and out slog!. We’ll take the runs any way they come though!

My avatar has ended up not looking particularly like me but my teeth have had a nice shine, although I appear to have an extra head growing out of my right shoulder. This is a concern because it could effect my batting! 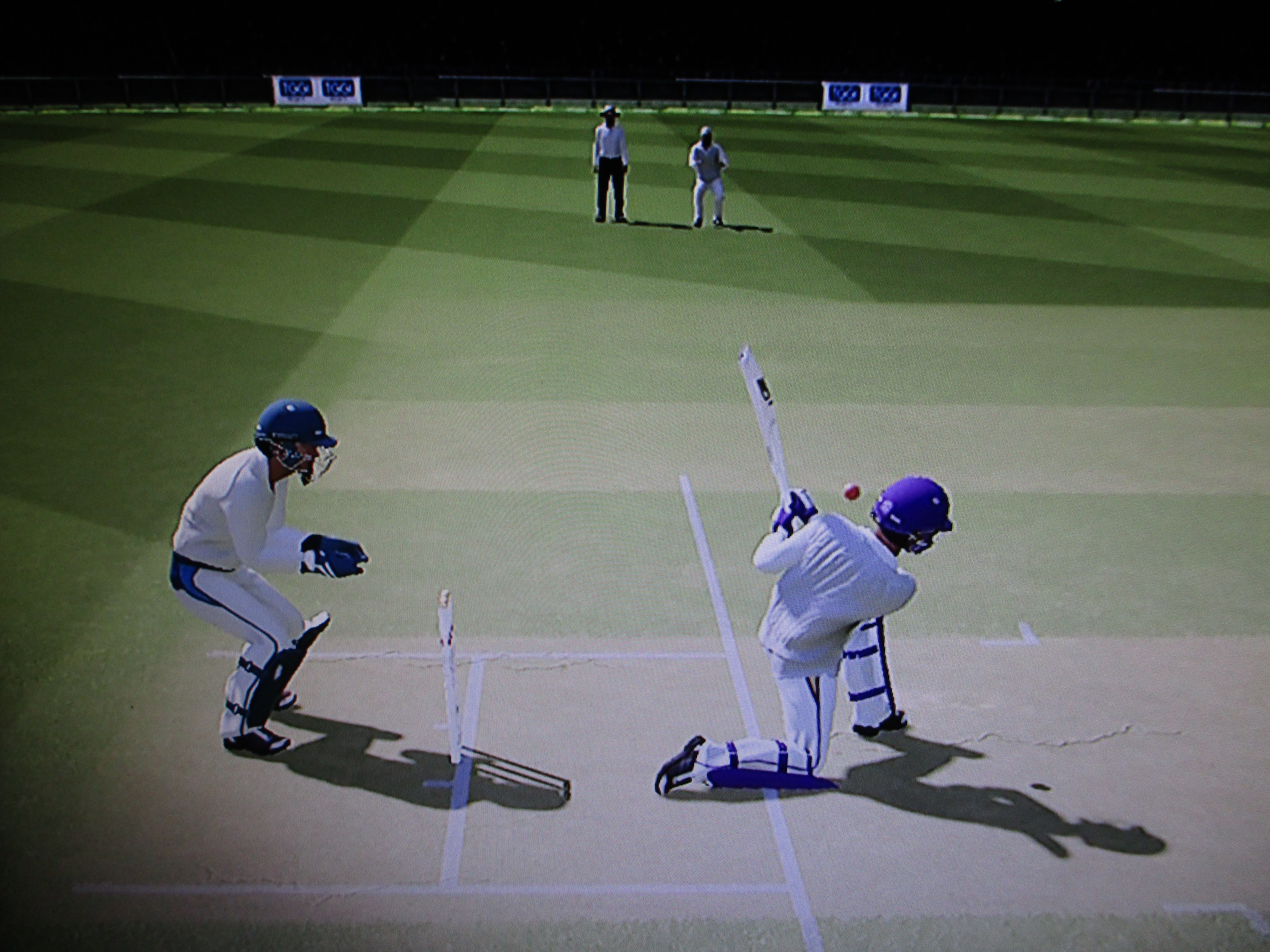 Whether or not either my glove or bat actually made contact with the ball that was caught behind off yet more spin to end my epic second innings inversion of my first innings score remains unclear. Just look at that crack. Off the richter scale in Yorkshire! 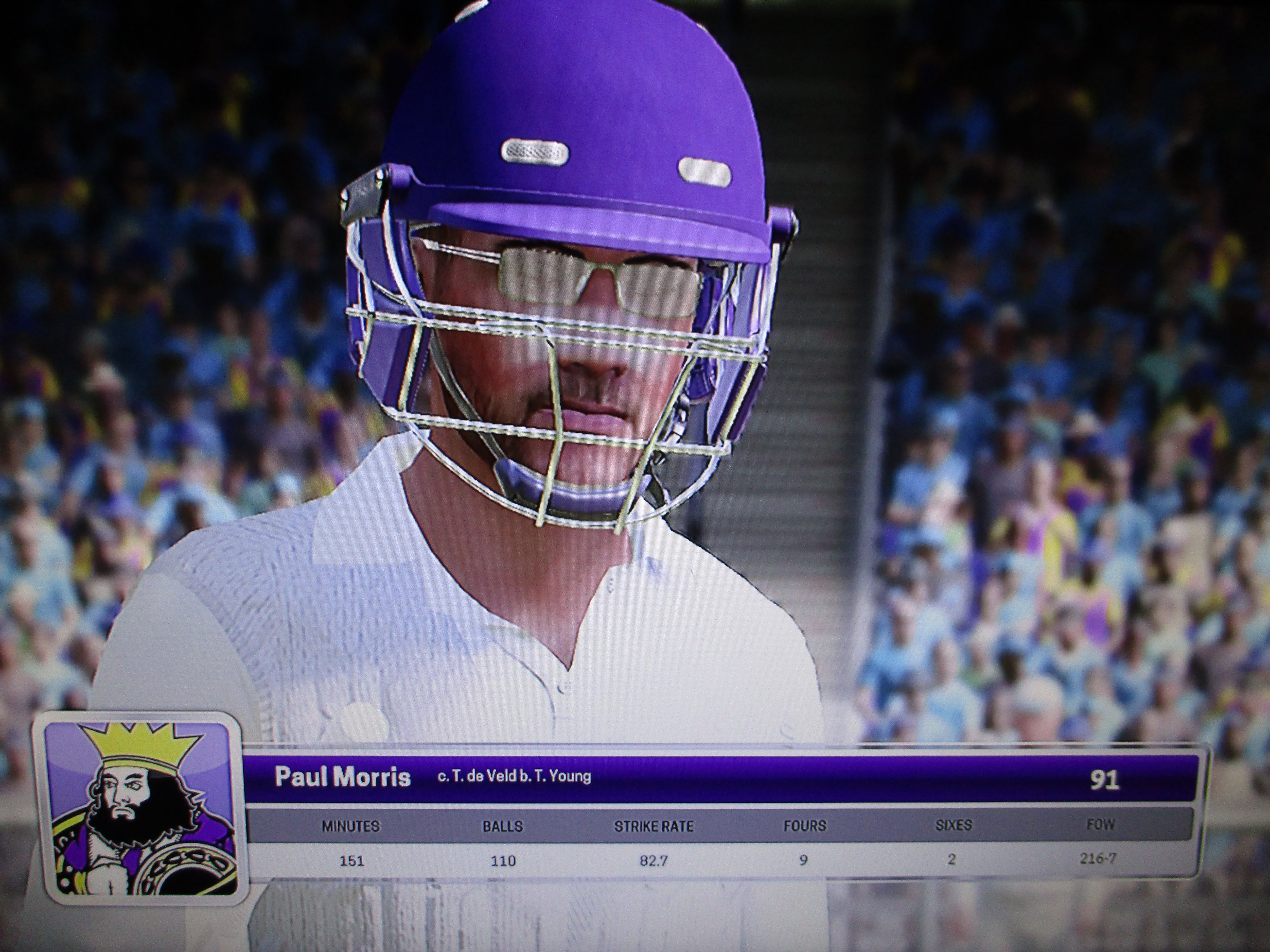 Of course there’s no DRS at this level. I’m not bitter at the decision though, only proud of my innings of 91. Of course a further nine runs would have been welcome but though I could barely open my eyes as I left the crease, deep down I know that my career best knock puts me in good stead to attain my career ambitions.

Big Ant appear to have made huge strides with their follow-up to the Don Bradman Games and I can’t emphasise how much better club (Amateur) level is for having two innings matches. I’ll keep you up to date with my career travails as I begin the quest for Yorkshire and England recognition. For the record: I’m middling every difficulty level, that’s pro level (So 3rd out of 5) and medium specifically on the batting and bowling front as well as selection difficulty and am playing on a PlayStation4 console.

One thought on “Ashes Cricket (PS4): Career Mode – Slogmaster/From Zero to Ninety in a Matter of Seconds!*”