Following on from my previous career mode update, post my captaincy heroics at club level, I entered the professional circuit. I was delighted that my debut came at home for Yorkshire against strong opposition in the shape of Kent County Cricket Club. 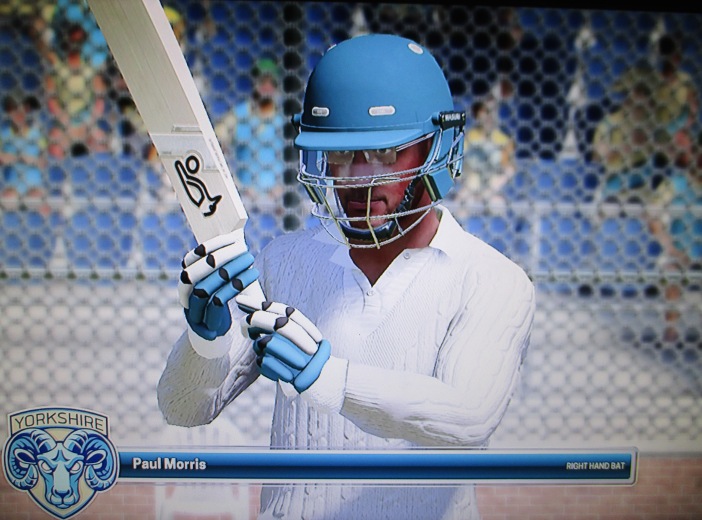 I’d attempted to stay grounded and not get carried away with my recognition. The match against Kent could’ve been the only First Class match that I ever played and after being dismissed for 8 in the first innings and running my partner out off my first ball in the second innings, it seriously looked like that might be the case. I’d be just a footnote in history. I dug deep though, all those years on the Northern amateur circuit have served me well. I combined in an epic partnership with my teammate, falling only one-run short of a double-century stand and five shy of a hundred on First Class debut. Of course I would’ve loved a hundred but my 95 showcased both my ability and character after my poor first impressions. Most importantly, we went onto win the match. 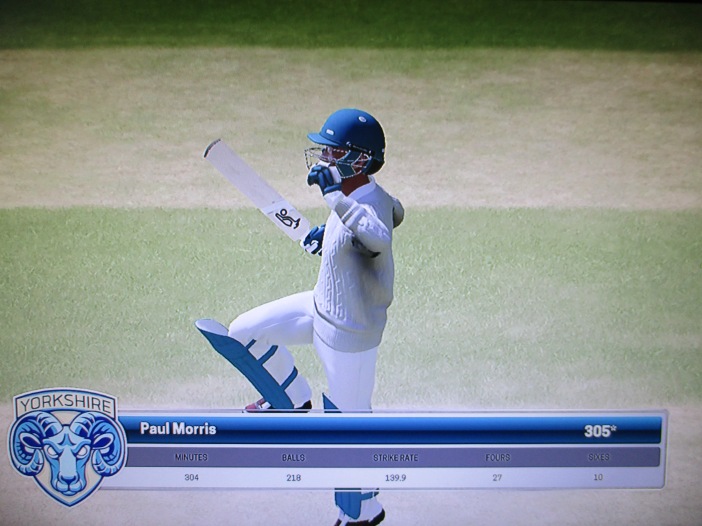 In my second match, away at Sussex, a side containing the likes of Vernon Philander and Jofra Archer in their bowling attack, I immediately set course to right the wrongs of my century shortcomings on debut. I surpassed my career best 95 but had an uneasy tea whilst 99 not out. In truth I dealt with Test bowler Philander as well as Archer with moderate ease. It was the less heralded left-armer George Garton and Scotland’s Stuart Whittingham who carried more threat. The home side lacked real penetration on the spin front though and I soon chalked up a maiden First Class hundred in only my second game. I proved a lot to myself by carrying my club form into the professional game. The same teammate and I shared another century partnership and I went past 200. As you’ll see from the image above, when I went past 300, I just couldn’t contain my excitement. This was despite my energy reserves running low. 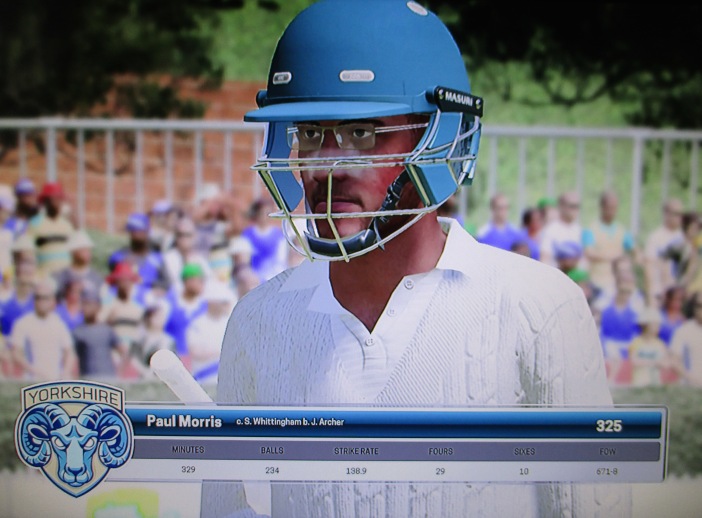 I eventually fell for 325 having re-written many record books in the process of the innings. This was only the start of things however. In pursuit of 195 for victory in the second innings, we were soon on the back foot at 57-3. A few hours later though, with only two overs of the match remaining, I helped get us over the line by four wickets with a composed and measured 96 not out. To see my name spread across the headlines, both online and on paper was truly humbling. I knew though that such a performance so early in my career served only to increase the pressure and expectation on me to go on have a rewarding professional existence. Some in the media brought up the word ‘England’ but let’s not get carried away!

Northampton away in the next match was definitely something akin to a Lord Mayor’s Show. My reward for my performance of 421-1 against Sussex was to be demoted in the batting order from four to five to accommodate the return of England Test captain Joe Root. Gary Ballance, successful skipper against Sussex, actually had to make way. I made just 18 & 9 with South Africa spinner Tabraiz Shamsi causing me problems.

Come the final match of the season in Wales against Glamorgan, I knew I needed a score before the season was out to prove I was no one-match wonder. As was the case on my debut, I had a little luck in my innings when the wikcetkeeper actually prevented the ball from rolling onto the stumps. I made him pay and went onto notch another First Class hundred. Not only that, I made it a double but inexcusably threw my wicket away immediately after, falling for 202. A tired 12 in the second innings was my limp farewell to a season of huge success for me. 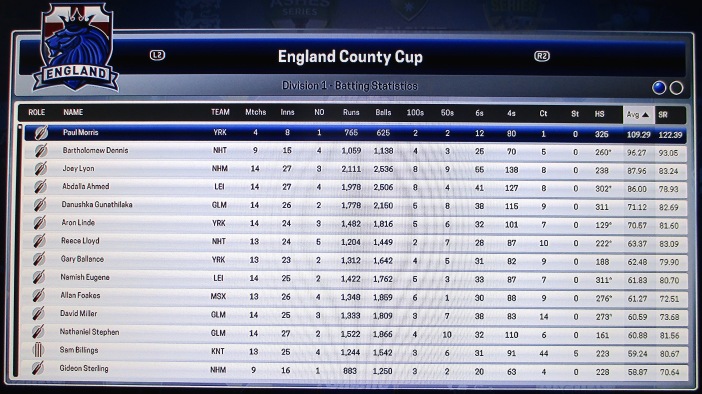 I actually topped the First Class division one batting averages with 765 runs at a Bradman dwarfing 109.29. If only I could have hit the campaign trail earlier!

I’m delighted to say that I’ve accepted offers to be part of both Yorkshire’s First Class and List A squad for next season. There are rumours of one or two T20 franchises around the world keeping an eye on my progress too. In 2023, I’ll endeavour to back-up the encouraging start I’ve made to my professional career and help my beloved Yorkshire win some silverware.

Taking the camera for a walk!!!

Bureau of sports
From Inside, Right

Looking At Football And The World Through A Frosted Window

A Wildlife Journal In Pictures