Another Test series, another victory and a comprehensive one at that. We comfortably saw off our hosts by a whitewashing scoreline of 3-0.

Having assumed a 2-0 series lead, courtesy in no small part due to Alastair Cook’s mammoth 238, the highest individual Test score of my tenure so far, the opportunity to perform some squad rotation was performed in the third Test.

In the final match of the series, debuts were presented to Sam Hain, Ollie Pope, Ed Barnard and Dom Bess. Despite the absence of many senior players, our strength in depth was highlighted with yet another victory. Hain hit a magnifienct 195 not out at the top of the order, Ollie Pope sealed victory with 43 not out in the second innings, Ed Barnard made 90 and spinner Dom Bess claimed his maiden Test wicket.

The ODI series wasn’t quite as successful and ultimately began and finished with frustration. Despite losing only two wickets, we messed up a run chase of just 230 in the first encounter. Well set to assume a series lead, we somehow contrived to only tie the match. West Indies then gained the upperhand before we fought back to lead 2-1. Having posted 314 in the decider, we were confident of sealing a much needed series win. Disappointingly, West Indies knocked off the required runs with consummate ease, leaving the score all square at 2-2. 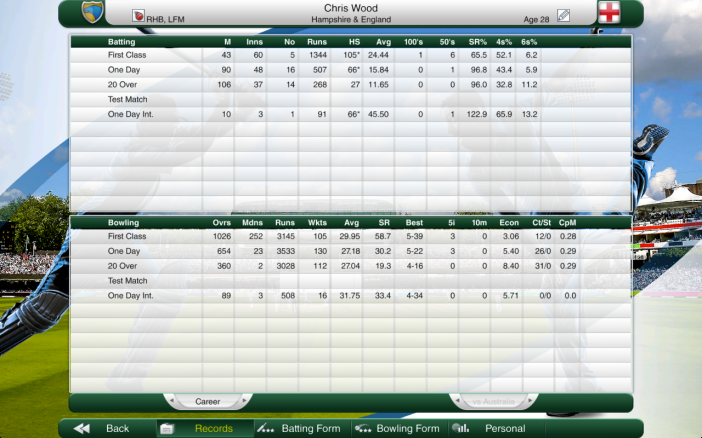 A series draw is however a step in the right direction, coming as it was off the back of two series defeats. The left-field selection of Chris Wood continued to prove one of my shrewdest selections to date. The Hampshire left-armer claimed two four-fors in the series and finished with 9 wickets at 28.44. He has been a constant wicket taking threat throughout his short England career so far and provides a point of difference for the team.

A familiar pattern emerged for Wood’s new-ball partner Jamie Overton however. Once again the Somerset quick started well before falling apart at the seams. Figures of 10-0-96-0 in the final match of the series confirmed that Overton is a player whose workload requires managing. He has claimed wickets since coming into the side though and needs to remain part of the squad even if not playing in every match.

Worcestershire all-rounder Ed Barnard’s versatile qualities in both multi-innings and limited overs cricket have been a vital addition to our composition. Still only 23, Barnard should bring a lot to our culture in the future.

Following the ODIs, we emphatically won the T20I series with a scoreline that mirrored the Test series result, 3-0. Alex Hales totalled 214 series runs at an average of 71.33. This included a top score of 116. Middlesex man Dawid Malan returned to the squad following injury and promptly blitzed 60 and 77 not out before being run out for 42. Those runs were achieved at a whopping strike-rate of 182.6! Josh Tongue claimed figures of 4-23 on debut whilst Olly Stone claimed 3 series victims at 15.67 in his international induction. Craig Overton and Yorkshire wicketkeeper Jonny Tattersall also made their T20I debuts. 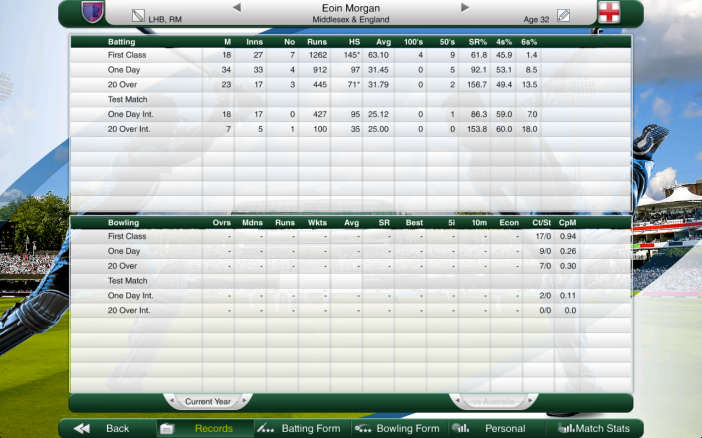 The series result was a great one for skipper Eoin Morgan but he has struggled for runs in both the ODI and T20I format throughout the past year. Without an ODI series win in three, the Irishman’s place in the team comes under serious scrutiny ahead of the 2019 World Cup.

scoutingcricket.wordpress.com/
Some Miscellaneous
Wisden: The blog

Adventure Is Always Around The Corner

Sharing the joys of outdoors while Black

The Blog of Travel

Motorbikes, dogs and a lot of traveling.