Yes I designed that bat and yes it looks great doesn’t it? Thank you very much!

After nearly a decade on the T20 club circuit, the call finally came. Yorkshire County Cricket Club selected the Leeds captain Paul Morris in their County Championship side. No messing about with the pyjama stuff for me. They sent me straight in at the deep end without any armbands to take on Australian pace ace Mitchell Starc.

Always happy to provide free promotion to my friends at UNICEF.

I made my way to 8 runs on my First Class debut before Starkers came onto bowl. Three deliveries later I was back in the pavilion. After safely negating his first two deliveries via solid defensive shots, I then pushed at the third, got a nick and the ball flew (And I mean flew!) to third slip. 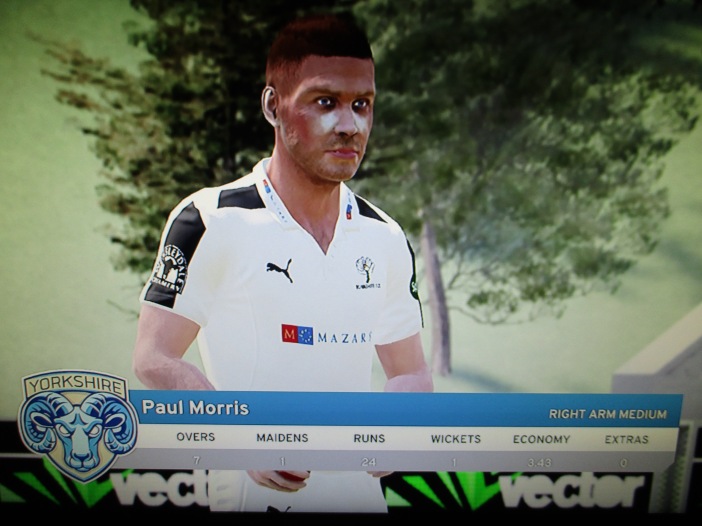 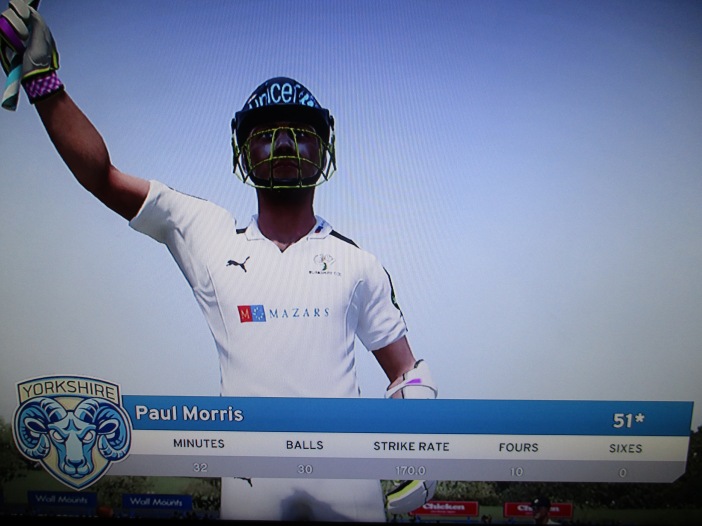 Derbyshire didn’t have Mitchell Starc and so I promptly made hay against their attack. Having registered only four half-centuries in ten years on the club scene, I smacked 61 before lunch on the first morning of my second professional outing but was disappointed to be out in the last over of the session. I’d arrived signed, sealed and delivered as a First Class cricketer then promptly got out to the last ball of the day for a duck in the second innings!

After a quiet third match, I batted really well against former England Test spinner James Tredwell and co. in making 48 against Kent but again was out to the very last ball before an interval, in this case lunch. I did however settle things after a wobble in our second innings by striking a composed 33 not out in partnership with skipper Gary Ballance.

I hope to get a call-up to the one-day (List A) side soon. If my international ambitions are to be realised then I really need to make headway at domestic level pronto.

It’s been a long hard slog on the club scene for the last decade and though I’ve been sincerely honoured to represent and captain the city of Leeds, to have finally played First Class cricket for my home county of Yorkshire has fulfilled a lifetime’s ambition and to have made a small contribution to the team so far provides me with great pride. I still have work to do to cement my place at this level and to have a fulfilling career as well as chasing international ambitions but I’d like to take this opportunity to put on record my gratitude to all that have supported me in my career thus far. Many thanks to you all.